It’s not mine to judge, yet is it still mine to discern?

“Who am I to judge?” This rhetorical question is frequently used as an excuse to save face or avoid conflict with another person. “I don’t want to be judgmental…” is too often used to feign favorability with another. But do we really understand what we are saying?

Offensive? In a constantly evolving yet revolving and confusing culture it is increasingly difficult to share personal views or opinions without being considered “offensive” to someone. We walk on unseen egg shells. Either agree or move to another planet! As a result, for many, it is easier to either claim nothing (stay silent) or lead with a dismissive disclaimer (play safe). After all, “It’s not mine to judge.”

But am I? Is it also not ours to discern? Are we not to speak up when there is a threat or when someone is being harmed? Are we not to personally determine the difference between good and evil, right and wrong?

A matter of perspective? It has been said, “One man’s ceiling is another man’s floor.” Yet, is it not ours to differentiate between up and down? Is nothing valid? Are we to be neutered of all moral character?

What’s the difference? Contrary to popular use, there IS a difference between judging and discerning when used in the right context. We may use these words today synonymously, but they are not the same, in the way Jesus instructs in Matthew 7:1-2,

Do not judge, or you too will be judged. For in the same way you judge others, you will be judged, and with the measure you use, it will be measured to you.

In the end. It may not be mine to outwardly judge of a person or situation, but it is mine to inwardly discern from a person or situation what I agree or disagree with. Each of us, “right or wrong” is entitled to our own opinion. In the end, only God is able to truly judge. He holds all the cards. I don’t. We don’t. However, I am gifted with maturing character and conscience where discernment is required at every turn of the pathway through Life. It is mine, as it is yours, to choose what is correct.

Do not judge by appearances, but judge with right judgment.
John 7:24 ESV

Who Is Right? Who’s Rights? – The Devil Is In the Discourse 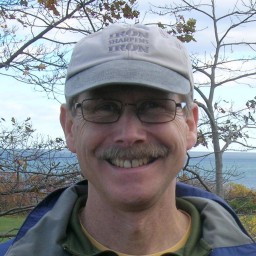